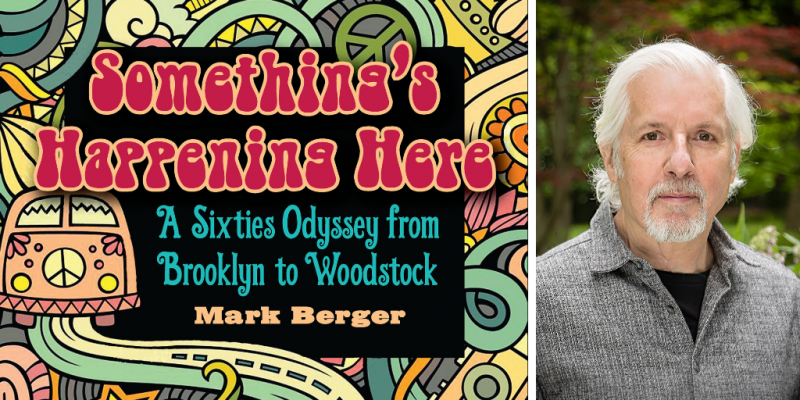 Mark Berger will appear to read from his book Something’s Happening Here: a Sixties Odyssey from Brooklyn to Woodstock.
Join the conversation and book signing August 28, 5:00 pm - 7: 00 pm.

Mark Berger’s Something’s Happening Here: a Sixties Odyssey from Brooklyn to Woodstock is a whirlwind journey through the Sixties that begins in Brooklyn and ends at Woodstock. The decade comes alive through passionate storytelling, unforgettable characters and gripping situations. Acclaimed novelist, T.C. Boyle wrote, “Mark Berger's memoir of the 1960s and its climactic event, the Woodstock Music Festival, is so richly evocative in its detail and presence, you'll swear you were there.”

Mark Berger lived most of his life near Prospect Park in Brooklyn. He has driven a potato truck, been a real estate agent, and worked as an elementary school teacher and guidance counselor. In 2012, attending a memoir writing class, he found his voice as a storyteller and discovered a memory trove of tales from his life in the Sixties that were demanding to be told. He is working on his second collection of stories. He and his wife, composer Rain Worthington, live in rural Nassau, New York.