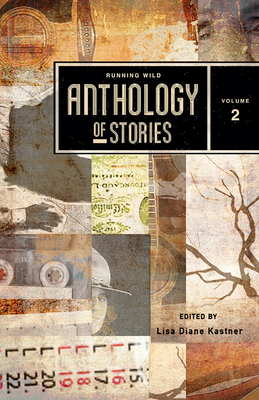 On March 15, Running Wild Press released the Running Wild Anthology of Stories, Volume 2, which includes over twenty stories that will make your heart race, make you joyful, fearful, thrilled, inspired, and horrified. These are stories that will last with you. They span oceans, starscapes, lifetimes, and generations. The team even threw in a fun-loving pirate tale that ends in the fashion of Shakespeare’s time. Each one will make your imagination run wild.

Cindy's contribution to the anthology, Rehoboth Beach Break, is the story of a WBOC reporter and her on-camera debut as she is sent on a wild goose chase in Rehoboth Beach, Delaware. Angelika Houston is tracking down the pirate who hacked the Rehobie Points rewards app. The tourists and residents of Rehoboth Beach are required to perform the pirate's demands in order to win back their hard-earned rewards points before the countdown clock runs out. Will they win back their points? Or lose them forever? You'll find out when you read Angelika's tale of following her nose as she comes up against the greatest pirate in Rehoboth Beach history.

Gemma L. Brooks is the author of The Guest and Last Memory. Laura Nelson Selinsky contributed a story titled Seawall.

The signing will take place on Saturday, April 21st, from 11 AM until 1 PM.