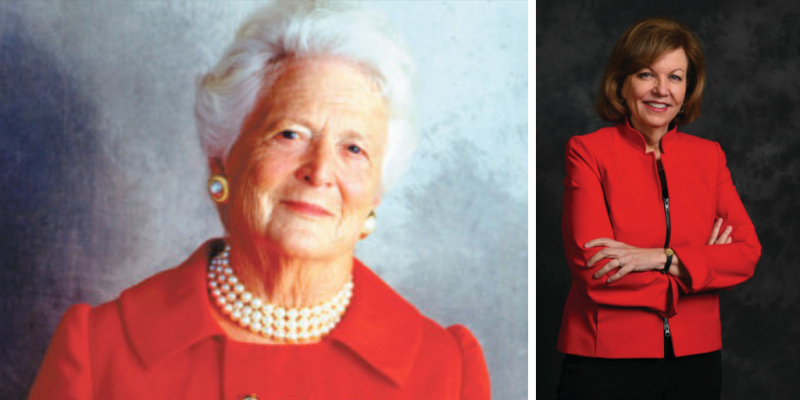 The Matriarch: Barbara Bush and the Making of an American Dynasty (Twelve/Hachette, 2019) is a fascinating account of the woman who helped to define two American presidencies and an entire political era. Ms. Page, USA TODAY's Washington Bureau chief, interviewed more than 100 Bush family members and friends, engaged in hours of conversation with Mrs. Bush herself in the final months of her life, and was granted access to diaries that spanned decades.

Hailed by The Atlantic as the “rare biography of a public figure that’s not only beautifully written, but also shockingly revelatory,” The Matriarch traces the experiences that shaped Mrs. Bush and offers her last words for history on the evolution of her party, on the role of women, on Donald Trump, and on her family’s legacy.

Ms. Page has covered six White House administrations, is reporting on her eleventh presidential campaign, and has won every journalism award given specifically for coverage of the White House. Her next book is a biography of Nancy Pelosi titled Madam Speaker: Nancy Pelosi and the Arc of Power (Twelve/Hachette).