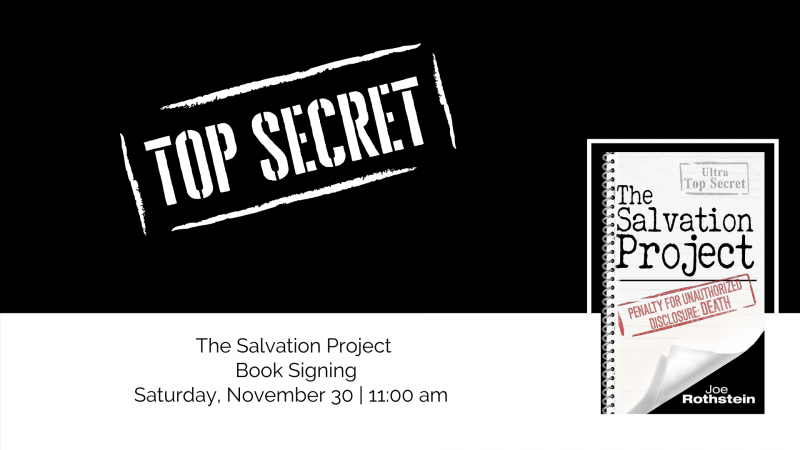 She’s a charismatic Mexican-American heiress, running for re-election as president of the United States. They are a ruthless international conspiracy with, literally, a killer agenda, willing to do anything required to defeat her.

"This is the kind of novel that’s intriguing and engaging any time, but as the political season heats up, you just might find there’s more fun to be had by turning off the TV and tuning into The Salvation Project."

For more than thirty years, through over two hundred campaigns, Joe Rothstein was at the center of U.S. politics. Rothstein was a strategist and media producer for United States Senators Tom Daschle of South Dakota, Patrick Leahy of Vermont, Don Riegle of Michigan, Bob Kerrey of Nebraska, Tom Harkin of Iowa, and many others in the campaigns that brought each of them to the U.S. Senate. At its peak, Rothstein & Company could count 10 percent of the Democrats in the U.S. House as his clients. His TV commercials have won many national awards, including the gold medal at the Houston Film Festival. In addition to his work for candidates, Rothstein has consulted and produced media for dozens of commercial and non-profit clients and he has been a featured political analyst on network television and radio. Rothstein is a former editor of the Anchorage, Alaska Daily News, and he is currently chairman and editor of the international news aggregator and distribution service EINNEWS.com. His political opinion columns are published at www.uspoliticstoday.com. Joe Rothstein lives in Washington, D.C., with his wife, Sylvia Bergstrom.