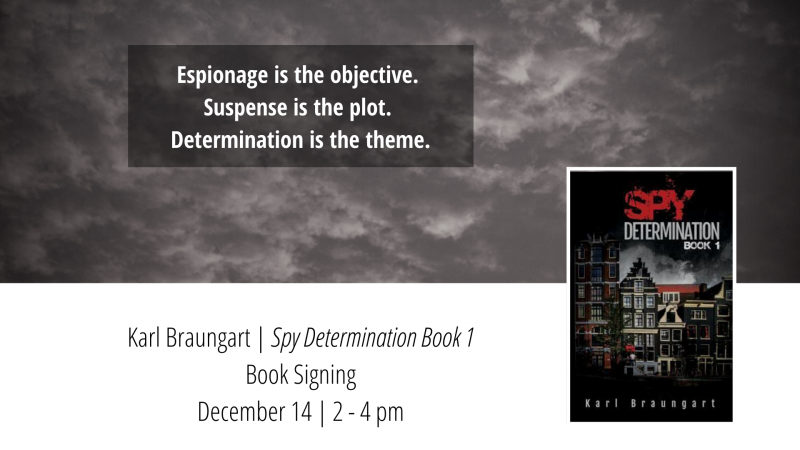 Karl Braungart will be appearing to sign copies of Spy Determination: Book 1.

The US military was given a game-changing, scientific discovery on a new energy source. Iraq finds out about the discovery and they're going to do everything in their power to obtain its classified details. But this is not an easy task. Baghdad's Tariq'Allah targets US Army intelligence officer, Eric Miller, as the perfect asset. But their kidnapping mission goes awry when Miller's longtime friend, Paul Remmich, is mistakenly abducted instead.

Born in Baltimore, Maryland, Karl grew up in the Catonsville area with four siblings. While in the US Army and living in Germany, Karl gained hands-on experience in military intelligence during the Cold War. He worked in the administration of a security intelligence department, assisting soldiers completing security clearances and fingerprinting before submitting to the FBI for verification. This background provided much of the inspiration for Spy Determination.