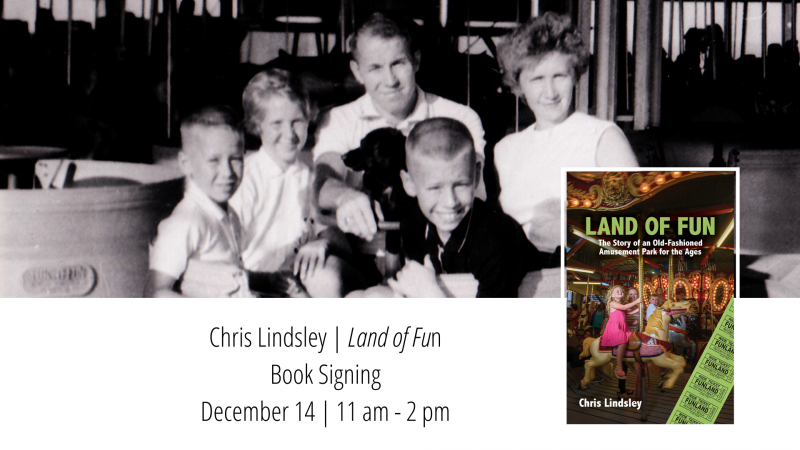 Author Chris Lindsley will be signing of his book, Land of Fun: The Story of an Old-Fashioned Amusement Park for the Ages

According to both residents of Rehoboth Beach and many writers, it can’t be missed. According to many of the 300,000 annual visitors, the prices can’t be beat. To Chris Lindsley, a former employee, and author of a new book on it, it’s hard to boil it down to just one sentence. “Very timeless, very nostalgic,” he said.

Lindsley is the author of "Land of Fun," a new book chronicling the almost six decades-long history of Funland, the famed amusement park on the Rehoboth Beach boardwalk.

Funland, one of Rehoboth Beach’s most known boardwalk attractions, has been under the Fasnacht family’s care since it opened in 1962. It’s noted for retaining much of same charm it did when it opened — the five original rides are still up and running.

Lindsley spent six summers there as an employee, from 1980 to 1985, working the rides and midway games. While he's since made a career in journalism working for national publications, he credits his time at Funland and with the Fasnacht family in orienting his work ethic.