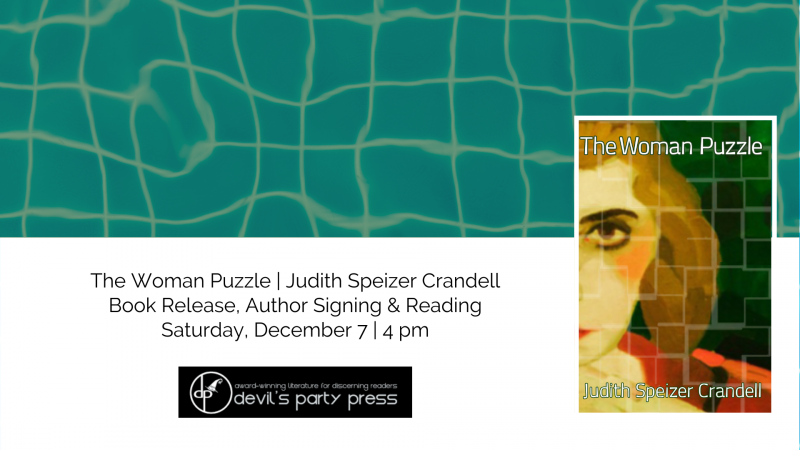 "Daddy. Wake up, Daddy!"
On the night before her eighth birthday, Anne Bergman calls out these words to her beloved father. He never answers. He never wakes up. For the rest of her life, Anne is haunted by that moment in time and the nightmare that follows. When her unstable, narcissistic mother, Irene, remarries, Anne is plunged further into darkness. Bernie is young, powerful, and lecherous, and desires his new teenage stepdaughter.

At fifteen, Anne is the adult in a house occupied by her mentally ill mother and her frightened, disturbed younger brother. Anne compartmentalizes her brokenness as she struggles to retain her sanity. She is always just one puzzle piece away from falling apart.

Pregnant at nineteen, Anne flees into, and then out of, a doomed marriage. To save herself, she makes the difficult decision to leave her two children, as well as her husband. She journeys across the country, from the East Coast to the West Coast, seeking recovery and peace. Along the way, Anne enters into a significant relationship with a Vietnam vet whose struggle with Post Traumatic Stress Disorder mirrors her own. Deep inside, she knows somewhere, somehow, she must move from victim to victor.

Can a broken woman accept her brokenness and move on? This book is about challenging the limits to survival.

An award-winning writer and teacher of fiction and nonfiction, Judith Speizer Crandell received residencies at Yaddo, A Room of One’s Own (AROHO), as well as selection as a semi-finalist in the Tucson Festival of Books Literary Awards Competition. She attended writers’ conferences at San Miguel Allende, the Joiner Center/University of Massachusetts, Mendocino and Byrdcliffe. The Maryland State Arts Council granted her their Individual Artist Fellowship for her novel, The Resurrection of Hundreds Feldman. Her fiction has appeared in publications including Cleveland magazine, the Hudson Review, the Sun, Gamut and, most recently, in the anthologies Halloween Party 2017, Solstice, Equinox, Suspicious Activity, What Sort of F*ckery Is This?, and Halloween Party 2019. Find her at judithsca.wordpress.com.

Founded in 2017 by Dianne Pearce, Devil's Party Press is an award-winning independent publishing house. DPP works exclusively with authors over 40 years of age, providing older writers--in particular, those who are newly embarking on their writing journey--a venue for seeing their works in print. To date, DPP has garnered critical acclaim and has captured both state and national awards. In addition to publishing two literature collections per year, DPP also publishes original, full-length novels. More at devilspartypress.com