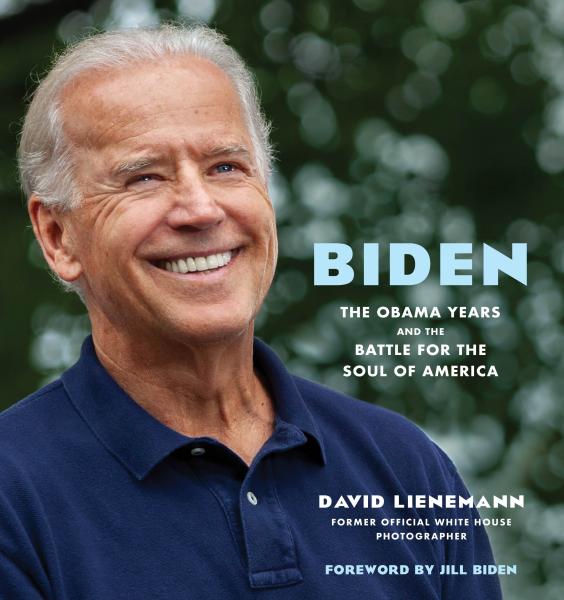 Starting in the early days of an historic new administration, bubbling with possibility, to the final days filled with uncertainty amid a disappointing transition of power, David Lienemann photographed Vice President Joe Biden through it all. As his official White House photographer, Lienemann joined the elite group of individuals who are granted unfettered access to document the highest offices in the country.

In the same way that Pete Souza’s Obama: An Intimate Portrait gave us a view into President Obama’s most private and powerful moments, BIDEN: The Obama Years and the Battle for the Soul of America (Voracious; September 8, 2020) sheds new light on the man who may be our next President. In over 200 beautiful and telling photographs, with captions and stories giving them context, Lienemann shows readers the Joe Biden they can expect in the White House. Lienemann captures Biden’s work on behalf of the country, his connection with citizens from across the nation, and his struggles through personal and national tragedies.

The book includes a foreword from Jill Biden, in which she writes, “As David seamlessly wove himself into the day-to-day of Joe’s life, he became something more than just a photographer—he became one of Joe’s most honest advisors. Our friend.”

BIDEN is a visually arresting chronicle of Joe Biden’s eight-year tenure as the most consequential Vice President in history, including never-before-seen photos as he grew from legislator to a leader on the world’s stage. The book reveals who he is as a lifelong public servant, friend, father, and husband—and the values he would demonstrate as America’s next President. Whether he’s speaking to hundreds of constituents or to a high school football player ahead of a big game, Biden shows the same decency and kindness to everyone he meets.

As the presidential election approaches, BIDEN: The Obama Years and the Battle for the Soul of America is a timely reminder of the former VP’s greatest moments, a powerful memory for those seeking the return of integrity to our nation’s highest office, and a vision of better days ahead.

David Lienemann is an editorial and lifestyle photographer based in New Mexico. As the former White House photographer for Vice President Joe Biden, he spent 8 years documenting visits to 47 states and 64 countries, making nearly a million photographs of moments both grand and intimate. Before coming to the White House, Lienemann covered the 2008 presidential campaign for clients including the New York Times, Chicago Tribune, Associated Press, and Getty Images. He graduated from Cornell College with a BA in Economics and Business in 2005.